Citation: “To Elizabeth Loftus…for her significant contributions to the understanding of the phenomenology of human memory, especially its fragility and vulnerability to distortion.” 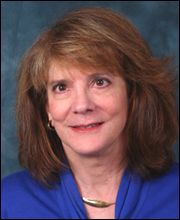 The Howard Crosby Warren Medal is presented to Elizabeth Loftus for her influential studies of human memory. In creative studies of normal human memory, she has demonstrated its fragility and its vulnerability to distortion. Her research on postevent information effects on the prior memory of the event and her research on false memories, in which she demonstrated that it is possible to possess memories of events that never happened, have significantly influenced modern research on human memory. Estes, for example, began a recent Psychological Review article by stating that one of the four facts of memory for which any satisfactory theory must account is memory distortion.

Before the seminal work of Elizabeth Loftus, models of memory assumed the loss of information over time, or forgetting, but modelers had not contemplated the possibility of the inclusion of postevent information in the representation of an event. Hence, Dr. Loftus’ initial reports on the effect of post-event information were greeted with skepticism, and early follow-up studies by other researchers were attempts to demonstrate that her findings were artifacts of loss of information plus guessing. This led to methodological advances in the study of memory, however, and completely vindicated her work. In the 1990s, when the claim was advanced that memories could be deliberately repressed and then years later recovered, virtually all of the experimental research with humans that was relevant to this claim had been either performed by Dr. Loftus or inspired by her research. She took the lead in presenting the experimental evidence in the courtroom and to the public. Dr. Loftus is a prolific writer and a tireless communicator of her findings, and the relevance of her work to topics such as eyewitness testimony and recovered memories has now been widely recognized.

Today, students learn in their textbooks that, contrary to intuition, the inevitable effect of postevent information on memory is the recovery of memories that are false. However, in the 1990s, because the fact that victims could unwittingly make false claims was seen to undermine their heartfelt accusations of horrific crimes, Dr. Loftus was subjected to a campaign of vilification that impaired her ability to perform the research essential to evaluate these claims. During this period she stood alone, without public support from any colleague. Her aplomb and fidelity to empirical evidence are a profile in courage that deserves to be remembered and honored. We do so tonight.

Citation: “To Brenda Milner… for her foundational contributions to the science of memory and the brain and elegant studies elucidating the neuropsychology of human memory.” 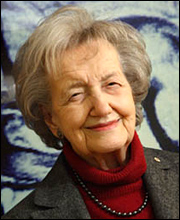 The scientific study of the relation of brain to behavior dates back to the early 19th century, but the modern era of memory research was inaugurated by Brenda Milner. Her elegant studies of the noted patient H.M. established fundamental principles about how memory functions are organized in the brain–principles that continue to guide the discipline. Dr. Milner’s seminal discovery of the central role that the hippocampus plays in memory was instrumental in establishing the field of cognitive neuroscience. Long before sophisticated neuroimaging techniques became available, she illuminated the function of the medial temporal and frontal lobes and the two hemispheres by combining psychometric techniques and psychological experimentation with detailed knowledge of the locus of brain damage. In fact, her early studies on the effects of damage to the medial temporal lobes with Penfield in 1958 and Scoville in 1957 are among the most cited papers in the whole of Neuroscience.

These early studies were followed by others demonstrating that the memory deficit Incurred by damage to the medial temporal lobes is confined to the encoding, retention, and retrieval of information only from long-term memory and does not affect all long-term memories equally. Perceptual and motor learning, for example, proceed normally without a hippocampus, even though the individual has no conscious recollection of performing the task before. Semantic memory, or the general knowledge we have about the world, also survives hippocampal damage if it was acquired sufficiently long before the damage occurred. In the 1960s and 1970s, Dr. Milner’s studies of damage to prefrontal cortex provided the basis from which all current theories of the role of the prefrontal cortex in cognition are derived. In this work, she demonstrated that damage to different regions of prefrontal cortex in humans leads to selective and relatively independent deficits. Her research has had a profound and continuing influence on clinical domains in the development of tests to assess, diagnose, and treat people with brain disorders resulting from traumatic injury and degenerative diseases, and from psychiatric illness.

Dr. Milner has also made major contributions to our knowledge of hemispheric specialization in memory, cognition, and language. She and Rasmussen showed that language lateralization following brain damage is related to handedness and to the timing and locus of the injury. Recently, she and Dr. Denise Klein have been examining the functional organization of language in the brains of bilingual people. Finally, Dr. Milner has mentored two generations of scientists who themselves have become leaders in the field and made major contributions to our understanding of brain-behavior relations. Among these is one of our new Fellows, Morris Moscovitch.

Dr. Milner is a member of the pantheon of great psychologists and neuroscientists, standing alongside the greatest neuroscientists of the last half century, including Nobel Prize winners. Like them, she has transformed the field–and has done so in a most dignified and elegant fashion. Her scientific contributions have been recognized by at least 20 honorary degrees and many of the most prestigious awards that Canada and international scientific societies representing both psychologists and neuroscientists can confer. She is a fellow of the Royal Society of Canada, the Royal Society of Canada of the United Kingdom, and the National Academy of Sciences (USA), and was recently awarded the highly coveted Balzan Prize.

Tonight, The Society of Experimental Psychologists is pleased to present the 2010 NORMAN A. ANDERSON LIFETIME ACHIEVEMENT AWARD to BRENDA MILNER for her foundational contributions to the science of memory and the brain.