Citation: “for her creative and rigorous empirical and theoretical investigations of the time course of information processing and the mechanisms of attention and perceptual learning.” 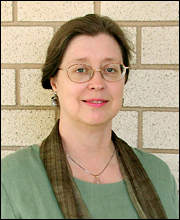 Barbara Dosher has made extraordinary empirical and theoretical contributions to the study of the time course of information processing and memory retrieval and to investigations of the mechanisms of attention and perceptual learning.

Early in her career, Dosher pioneered the development of a speed-accuracy tradeoff protocol that measures the precise rate at which information becomes available. Using this and related response-time methods, she showed that retrieval of information from semantic and episodic memory occurs largely in parallel. Furthermore, in studies of the time course of short-term memory, she showed that whereas various factors affect the strength of available information, the dynamics of memory retrieval speed are relatively invariant, further suggesting a role of parallel direct-access mechanisms.

In more recent years, Dosher has advanced the field’s understanding of the mechanisms of attention and perceptual learning. By combining a Perceptual Template Model with an ingenious method based on adding external noise to the visual stimulus, she showed that three distinct attention mechanisms – signal enhancement, distractor exclusion, and internal noise suppression – yield three distinct signature patterns of performance. The theory has been applied in a wide variety of empirical domains and has been hugely influential in psychophysics, cognitive neuroscience, and neurophysiology.

Tonight, for her significant theoretical and empirical contributions to our science, the Society of Experimental Psychologists awards the Howard Crosby Warren Medal to Barbara A. Dosher.

Citation:“for his imaginative investigations of unconscious influences on memory, the nature of memory attributions, and the effects of cognitive aging on memory.” 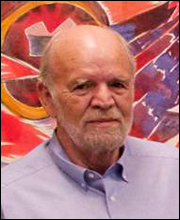 Larry Jacoby has made major contributions during the past forty years to our understanding of memory that are remarkable both in their depth and breadth. In addition to his numerous contributions to cognitive psychology, he has published influentially in social psychology journals and has also made critical contributions to the area of cognitive aging.

In the 1970s, Jacoby worked on topics of transfer of information from short-term to long-term memory and on the levels of processing approach to memory. Both these topics were at the cutting edge of research in the 1970s, and he made significant contributions to them. In the 1980s, he turned his attention to an emerging field that came to be called implicit or indirect measures of memory. One of the main starting points of this revolution in the study of memory came from a paper by Jacoby and Dallas in 1981, published in the Journal of Experimental Psychology: General, where they showed, for the first time, that variables that have huge effects on standard explicit measures of memory such as recognition have either no effect or an opposite effect on implicit measures of memory -in this case, a word identification test. Jacoby and colleagues published many other impressive investigations on this topic, including pioneering studies of “memory attributions” that examined the influences of implicit forms of memory and how they could occasionally intrude into conscious decisions, and vice versa. For example, his work on the false fame effect or “becoming famous overnight” showed that when people are exposed repeatedly to a nonfamous name such as Sebastian Weisdorf, and then time passes so that they no longer explicitly recollect having seen the name, they would later judge the name as being famous in a fame judgment task.

In 1991, Jacoby made one of his most important contributions when he published a paper on the ingenious process dissociation procedure, which permits separate estimates of the contributions of controlled and automatic processes in a variety of tasks, and has had a huge influence on research in several fields of psychology. Around this time, Jacoby also initiated his studies of cognitive aging, which over the past two decades have used a number of novel techniques he developed to illuminate the interplay between conscious and nonconscious memory processes in older adults, including demonstrating that older adults are particularly susceptible to false fame effects as well as other memory errors and illusions.