Citation: “for his innovative and penetrating theoretical and empirical work in attention, automaticity and skill acquisition, executive control, and neural mechanisms of information processing.” 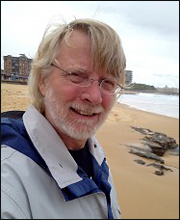 Gordon Logan has made profound theoretical and empirical contributions to the study of attention and automaticity, the development of skill acquisition, and the nature of executive control.

He pioneered and extensively developed the stop-signal paradigm, which requires subjects to inhibit an ongoing action in response to a stop signal. He conceptualized and modeled performance in the task in terms of a race between the mental processes that govern the action and a “stop process” that inhibits the action. The paradigm provides an elegant approach to assessing the issue of how people inhibit behaviors, and has been applied successfully to the study of performance in wide varieties of clinical populations who show deficits in inhibitory control.

Logan also developed the hugely influential “instance theory of automatization.” The theory holds that automatic processing develops because the observer stores separate representations or “instances” of each exposure to a task. Consistent practice results in an increase in the speed of retrieval of the instances. The theory accounts for fundamental quantitative results involving the speed-up functions associated with practice in cognitive tasks. It formalizes the view that novice performance is limited not by a scarcity of resources but rather by a lack of domain-specific knowledge.

In his recent work, Logan has provided ingenious demonstrations of multiple forms of error-detection processes in skilled typists; has significantly advanced compound-cue retrieval theories of performance in task-switching paradigms; and has made major contributions in a collaborative program of research that uses neural-measurement approaches to constraining information-accumulation models of choice response times and saccadic eye movements.

Tonight, for his significant theoretical and empirical contributions to our science, the Society of Experimental Psychologists awards the Howard Crosby Warren Medal to Gordon D. Logan.

Citation: “for his pioneering contributions to the understanding of word recognition, the control of aimed movements, and the cognitive architecture underlying dual-task performance” 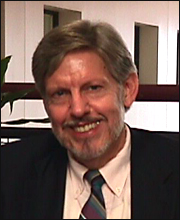 Over the course of a remarkably productive career, David Meyer has made seminal contributions to diverse areas of experimental psychology. In the early 1970s, he made his first profound discovery: a word such as dog is recognized more quickly when it is preceded by a related word (e.g. cat) than when it is preceded by an unrelated word (key). That simple finding – which is now part of the foundational knowledge that defines our field – revolutionized theories of word recognition and remains as influential today as it was 40 years ago.

Later, in the 1980s, he turned his attention to movement control. Making a faster movement – for example, when playing the piano – occurs at the expense of being spatially less accurate. Since 1954, this speed-accuracy tradeoff was known to be characterized by a logarithmic function known as Fitts’ Law, but a satisfactory theoretical explanation for that empirical relationship remained elusive. Meyer and his colleagues solved this puzzle by proposing an elegant rational theory of Fitts’ Law based on normative assumptions of optimality. This theoretical breakthrough linked the previously isolated study of physical movement to theories of sensation and perception, memory and cognition, and reasoning and problem solving – all of which routinely incorporate rational and normative rules.

Later, Meyer embarked on another influential line of research investigating the mental chronometry underlying perception, cognition, and action in dual-task situations, such as driving while talking on a cell phone. To what extent do perceptual processes associated with the two activities occur in parallel? How is the output from one operation communicated to another? His work on this issue and related issues culminated in an influential theoretical framework known as EPIC (which stands for Executive-Process Interactive Control) that accounts for skilled performance not only in the laboratory but also in real-world situations, such as aircraft operation and human-computer interaction.

Tonight, for his many significant theoretical and empirical contributions over the course of a distinguished career, the Society of Experimental Psychologists awards the Norman Anderson Lifetime Achievement Award to David Meyer.