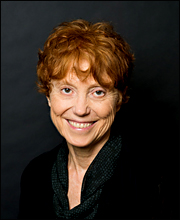 Nora Newcombe has made profound contributions throughout her career to the study of cognitive development in spatial reasoning and memory. Her work draws on insights from developmental and cognitive psychology, from neuroscience, and from education.

In one of her major lines of research, she demonstrated a significant contribution that experiential learning has on the development of spatial cognition. She has shown, for example, that adult mental-rotation skills improve with training; and that play between children and adults with puzzles and blocks contributes to the development of spatial cognition. In other work, she discovered that spatial abilities, such as the ability to use simple maps, develop early in life. These abilities help delineate the basic cognitive mechanisms that are recruited for spatial learning. Finally, she has championed an adaptive combination model of the development of spatial cognition. On this account, information sources are combined using mechanisms that weight the sources based on their potential usefulness. In influential studies, she has provided evidence for this account over a modular account in which geometric and object-oriented information is computed in separate, and encapsulated, modules.

Newcombe has also made major contributions to the study of the development of memory, including the phenomenon of “infantile amnesia”, whereby specific early memories are nearly impossible to retrieve later in life. Newcombe proposes that hippocampal maturation leads to a developmental increase in episodic memory at around 2 years of age. She supports this claim with data from several spatial tasks known to depend on the hippocampus. She further argues and provides evidence that memory in older children (2-6) is characterized by source amnesia, and that memory development during this period is linked to maturation of both the prefrontal cortex and the hippocampus.

Throughout her career, Newcombe has also translated her profound research findings to the improvement of teaching and education, including the teaching of spatial and mathematical reasoning and their relation.

Today, for her profound theoretical and empirical contributions to the study of cognition and development, the Society of Experimental Psychologists awards the Howard Crosby Warren Medal to Nora Newcombe.

Citation: “for her groundbreaking theoretical and empirical work on cognitive development, including comprehensive theories based on dynamic systems, and how the infant’s natural predispositions and visual world interact to guide object name learning.” 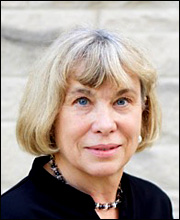 Throughout her remarkable career, Linda Smith has made groundbreaking and enormously significant contributions to the study of cognitive development, and is one of the leading cognitive scientists in the world today.

In early classic work, she provided compelling evidence of a developmental trend from overall similarity to dimensional identity classifications. She captured the trend in terms of an elegant quantitative model that placed emphasis on two developing abilities in children’s classifications: the differential weighting of dimensions and the special value placed on dimensional identity.

In her pioneering work with Esther Thelen, Smith developed a comprehensive and detailed theory of early human development based on the principles of dynamic systems theory. She was able to show how by processes of exploration and selection, multimodal experiences form the bases for self-organizing perception-action categories. In addition to providing a general theory of the nature of development processes, the dynamic theory provided solutions to some of the major puzzles of child development.

Another enormous chapter in Smith’s career addressed the question of how young infants are able to acquire so many words so quickly. Her classic proposal of a shape bias in language learning allowed the field to understand how natural predispositions interact with learning mechanisms to carve the world into the categories encoded by language. Her classic findings showed that 2- and 3 year-old children who are given a novel name for an object will extend the name to other objects that are the same shape as the original one, regardless of variations in texture and size. Her discovery and penetrating investigations of the shape bias provided a window on the fundamental mechanisms of word acquisition.

In her recent research, Smith has been obtaining natural environmental statistics showing what infants actually see, and has used those statistics to build models of cognitive and visual development. She has become the leader in an emerging field relating human vision and machine learning of ego-centric vision. Her studies make a compelling case that the infant’s visual environment is very different from that of adults, that it changes with development, and that the inputs created by this environment are a key part of the development of human visual object recognition and object name learning.

Today, the Society of Experimental Psychologists honors her lifetime of contributions by presenting the 2019 Norman Anderson Lifetime Achievement Award to Linda B. Smith