Citation: “for her foundational cognitive neuroscientific work on face and object recognition, visual attention, mental imagery, and semantic memory; and her more recent work on the interface between neuroscience and society.” 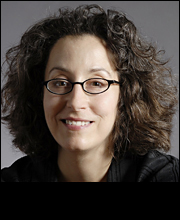 Farah has had a substantial impact on experimental psychology and cognitive neuroscience, but the focus of her research in the recent past reflects a shift from thinking deeply about how the mind/brain works to applying this knowledge to the greater good of society.

In the first half of her career, Farah made profound and lasting contributions to the neuroscience of object and face recognition, visual attention, and mental imagery. At that time little was known about the neural bases of visual cognition in humans. She produced the first direct demonstration that face and object recognition depend on distinct systems, providing a heavily-cited theoretical account of this distinction. She was amongst the first to show how computational models can be used to interpret neuropsychological data. Indeed, Farah is one of the pioneers of cognitive neuroscience, being one of the first scholars to demonstrate how the behavior of brain-damaged patients could provide crucial tests of psychological theories. Farah’s work bridged the divide between “hardware” and “software” questions about human cognition.

Recognizing that advances in neuroscience have major implications for society at large, Farah began a major effort to understand the neural correlates of poverty, and the potential mechanisms that may explain these correlations. Specifically, Farah has eludicated the impact of socioeconomic status (SES) on brain, and hence cognitive, development. She and her colleagues have uncovered aspects of early experience that vary widely across SES, and that have significant impacts on both cognitive abilities and brain development. Their work showed, for example, that cognitive stimulation and parental nurturance affect memory and language capacity. Going beyond SES, Farah has initiated a broader effort to uncover the ways in which our rapidly evolving understanding of the human brain will affect society, and how we can use science to guide policy. Through this effort, Farah created the new field of “Neuroethics,” studying the societal implications of neuroscience research. In this vein, she provided thoughtful insights into the application of brain imaging beyond basic sciences or clinical practice, and the use of cognitive enhancement (through medication or brain stimulation) in healthy people.

For her fundamental contributions to cognitive neuroscience and recent work investigating the influence of early life experience on neurocognitive development, the Society of Experimental Psychologists awards the 2021 Howard Crosby Warren Medal to Martha J. Farah.

Citation: “for his work uniting cognitive psychology with psychometric testing and individual differences, in a manner that clarified the role of attention in working memory.” 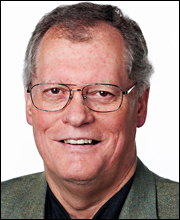 Engle’s prolific and sustained research on working memory has changed the field of cognitive psychology, linking intelligence to working memory capacity and the control of attention. Through his careful methodology he and his students have carried our research that causes us to pause before investing resources in working memory training programs; he has found very little generalization of such training beyond the tasks actually trained.

Engle’s research focuses on the small amount of information that one holds in mind to carry out diverse cognitive tasks including language comprehension and production, problem-solving, reasoning, and decision-making.

Before Engle’s research there were two separate subfields, one that used experimental methods to analyze the way normal adults solve such tasks, and another that used psychometric tests to examine individual differences. Engle deftly combined techniques from both fields to examine individual differences in a more analytic manner. After making important contributions to the study of working memory in the 1970s and 1980s, he integrated psychometric methods into his program of research in the 1990s.

For his significant empirical, methodological and conceptual contributions to the study of working memory and human cognition, the Society of Experimental Psychologists awards the 2021 Norman Anderson Lifetime Achievement Award to Randall W. Engle.