Citation: “In recognition of his recent penetrating and influential work examining human memory theoretically, experimentally, and biologically–particularly the constructs of recollection and familiarity.” 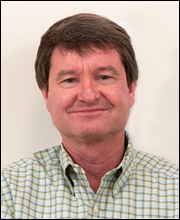 John Wixted has conducted pioneering research and created extensive theoretical analyses of recognition memory. He has developed and extended the original ideas from signal detection theory in novel ways and brought them to bear on new phenomena, ones that had previously seemed incompatible with the theory.

In addition, in collaboration with Larry Squire, he has shown that the hippocampus and perirhinal cortex support both recollection and familiarity. For these outstanding achievements, John Wixted is presented with the Howard Crosby Warren Medal.

Citation: “for his work uniting cognitive psychology with psychometric testing and individual differences, in a manner that clarified the role of attention in working memory.” 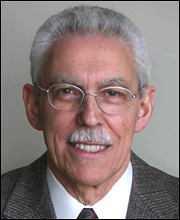 Michael Turvey began his career conducting research in the standard information-processing paradigm popular in the 1970s, and he published a landmark paper on central and peripheral processes in visual masking in Psychological Review in 1973. While conducting this research, however, Michael began reading the work of James J. Gibson and became convinced of the merit of his approach of ecological perception and direct realism in contrast to the assumptions of the standard information processing model. Turvey published another important Psychological Review paper in 1977 in which he contrasted the approaches. Although Gibson had an ecological approach to vision, he did not provide an analysis of action. In a major theoretical contribution, Turvey developed a new approach to the understanding of coordinated action based on analysis of actors as dynamical systems. At the same time, Turvey carried forward this line of research, he also carried forward a separate research program (often in collaboration with Georgie Lukatela) on visual word recognition. They helped establish the finding that readers of a great variety of writing systems access the phonological forms of words shortly after a word is fixated.

The infusion of dynamical systems theory and ecological approaches to the study of perception and action is due to the remarkable contributions of Michael Turvey. Experimental psychology and related disciplines including movement science, speech science, and physical therapy have been fundamentally transformed by this remarkable individual, for whom the Norman Anderson Lifetime Achievement Award is most fitting.