Citation: “for his fundamental contributions to the formal modeling of retrieved context information in memory and his remarkable discoveries in the human neuroscience of memory.” 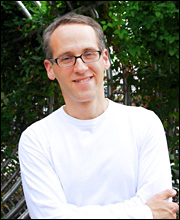 Michael Kahana has made profound contributions throughout his career to the development and testing of formal mathematical models of human memory as well as to human neuroscience research on memory.

His retrieved context theory of human episodic memory is the leading theory for explaining how representations of context information are integrated with representations of item information in determining the nature of recall and recognition. In his early landmark papers, he introduced the idea that context information is bi-directionally associated with item information, allowing item cuing to retrieve past contexts, which in turn could be used as a cue for subsequent retrieval. In response to new challenges, Kahana and his students developed systematic elaborations of the core model over the years, and it now provides an elegant account of an enormous body of findings, including: 1) contiguity effects in recall, 2) remote associations among items, 3) inter-response times among items as well as recall dynamics, 4) interactions of semantic and episodic memories during encoding and retrieval, 5) inter-list effects on memory, and 6) age-related differences in recall and recognition.

Kahana’s lab has also been at the forefront of human neuroscience research on memory. He was a pioneer in the use of intracranial electrophysiology to uncover the neural correlates of memory and cognitive processes. In his early work he identified a theta rhythm in human temporal cortex that exhibited striking parallels to theta activity previously studied extensively in the rodent literature. In more recent work he reported the existence of human hippocampal place cells as well as parahippocampal view cells and goal cells in various cortical regions; as well as human path cells and more notably grid cells in human entorhinal cortex. And in still other work he reported that neurons in human substantia nigra encode unexpected financial rewards.

Bringing together his work in formal cognitive modeling and human neuroscience, Kahana and his students asked whether ensembles of neurons exhibit dynamics consistent with his retrieved context theory. In a series of ingenious experiments involving a “delivery person” game in a virtual environment, Kahana and his students demonstrated that spatial context “reinstates” prior to recollection of memories learned in a spatial environment, thus lending direct neural evidence to his retrieved context theory.

Today, for his numerous significant theoretical and empirical contributions to the study of human memory, the Society of Experimental Psychologists awards the Howard Crosby Warren medal to Michael Kahana.

Citation: “for her lifetime of profound theoretical and empirical contributions to the study of language acquisition and its relation to constraints on learning” 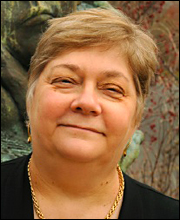 Elissa Newport is widely respected as one of the most important scientists making theoretical and empirical contributions to the understanding of language learning. Understanding language design, neural representation, and acquisition is a foundational problem for the computational theory of mind. Newport’s program has been to understand both the special properties of language acquisition in this regard, and the contributions that its investigation can make to the broader questions of human learning and cognitive development.

Investigators of language learning in the modern era have generally fallen into two sharply divided camps. One group has emphasized the robustness of language acquisition to diverse environmental disparities, suggesting that language is species- specific, unique in character, and acquired under the pervasive influence of a specialized biological endowment. An opposing tradition has emphasized the general capacities of humans to discover statistically reliable patterns under widely varying conditions, supporting the position that language is learned by associative mechanisms commonly used by higher cognitive processes. Stated most generally, Newport’s major achievement has been to show that the impressive bodies of evidence from these two perspectives pose less of a paradox than has usually been supposed, and that in fact the findings can be reconciled and brought together in a unified theory of language representation via mechanisms of constrained learning.

Today, for her many significant theoretical and empirical contributions over the course of a distinguished career, the Society of Experimental Psychologists awards the Norman Anderson Lifetime Achievement Award to Elissa Newport.