Citation: “for his innovative and foundational theoretical and empirical work linking mind and brain in computational and mathematical models of learning and categorization” 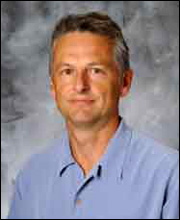 Greg Ashby has made extraordinary theoretical and empirical contributions to experimental psychology throughout his career. His early work on stochastic models of elementary psychological processes brought mathematical and cognitive psychology together, increasing the relevance of mathematical work and expanding the scope and depth of cognitive work. His work on general recognition theory in the 1980s and 1990s extended the basic concepts of signal detection theory to multidimensional spaces and tasks like identification and categorization, and introduced rigorous definitions and methods for assessing perceptual and decisional independence and separability. This body of work has been tremendously influential.

Today, for his significant theoretical and empirical contributions to our science, the Society of Experimental Psychologists awards the Howard Crosby Warren medal to Greg Ashby

Citation: “for her ground-breaking and impactful discoveries about the human mind’s ability to rapidly extract meaning from words, images and visual scenes” 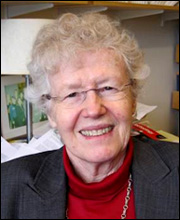 Mary (“Molly”) Potter is known throughout the scientific community for her fierce intellect, deeply original experiments, and fundamental discoveries about human cognition. The central insight in all Potter’s research is that we see and fleetingly understand much more than we remember even a second or two later. In the 1970s, in pioneering experiments with rapid serial visual presentation (RSVP), she showed that people could extract meaning before identity and apprehend the gist of a scene very rapidly. She developed the idea of conceptual short-term memory, which remained a theme in her research throughout her career. Rapid serial visual presentation became a favorite tool that Potter applied insightfully and broadly.

In the 1980s, Potter expanded her research to include language comprehension, addressing semantics, reading, differences between picture and word processing, and comprehension without words. In the 1990s, Potter and her students made seminal contributions to attention research, discovering repetition blindness and proposing and testing an influential theory of the attentional blink. Since the turn of the century, Potter has made many important contributions to research on attention, memory, and comprehension of language, pictures and scenes.

Potter’s impact on our field and beyond is enormous. It is still increasing as the field continues to discover new and important ramifications of her work. Research on rapid serial visual presentation continues to provide new insights and applications, even in neurophysiology.

Research on scene perception is growing rapidly, much of it inspired by Potter’s work. Potter’s insights into conceptual short-term memory and the fleeting nature of thought populate the modern literature.

Today, for her many significant theoretical and empirical contributions over the course of a distinguished career, the Society of Experimental Psychologists awards the Norman Anderson Lifetime Achievement Award to Molly Potter.