Citation: “for his pioneering and seminal contributions to our understanding of human knowledge development and human reasoning using probabilistic models of cognition.” 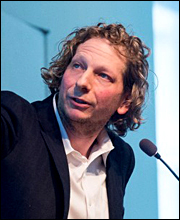 Josh Tenenbaum is one of the pioneers and world’s major contributors to probabilistic models of cognition. His research has straddled computer science and cognitive science, exploring key questions at the heart of both human and machine learning: what makes people so smart, and how we can make computers smarter.

During his career, Tenenbaum has built an extremely strong foundation that tacklesthe deep question of what the formal properties of human intelligence might be: what allows us to make inferences in diverse domains, to form theories about the world, and to effortlessly link perception and action. His answer is thatall of these abilities depend on the capacity to form rich, structured representations, and to explore the implications of those representations by simulating the outcomes of causal processes using probabilistic generative models.

Over the last five years, Tenenbaum has developed the mathematical tools to turn these ideas into a psychologically grounded theory of cognition. His theory is supported by many compelling empirical findings that show how it can predict complex aspects of human behaviorincluding causal, perceptual, and linguistic reasoning.

Tenenbaum’s ideas have been tremendously influential and they have spread across the entire field of cognitive science. He has developed a generaltheoretical perspective and a powerful set of modeling tools that will have a long lasting effect on the intellectual and practical landscape of cognitive psychology.

Tonight, for his pioneering and seminal contributions to our understanding of knowledge development and human reasoning using probabilistic models of cognition, the Society of Experimental Psychologists awards the Howard Crosby Warren Medal to Josh Tenenbaum.

Citation: “for his lifetime of seminal contributions to our understanding of the hippocampus and its role in cognition, spatial memory, and memory consolidation in humans and other animals.” 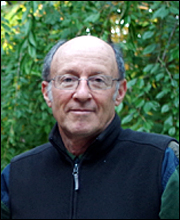 Lynn Nadel is one of the world’s major contributors to our understanding of the hippocampus and its role in cognition and memory. He has advanced two of the most influential theories of hippocampal function: Cognitive Map Theory and Multiple Trace Theory.

Nadel’s 1978 book with O’Keefe, “The Hippocampus as a Cognitive Map”, is generally regarded as the single most important theoretical work on the role of the hippocampus. The work laid the groundwork and defended the hugely influential theory that the hippocampus learns and stores cognitive maps of portions of space.

His related work investigated the role of the hippocampal complex and neocortex in the storage, consolidation and retrieval of explicit memory. The work altered the field’s conception of the hippocampus from a temporary memory structure that is needed only until consolidation takes place to one that plays a long-lasting role in memory retention and retrieval. His work provides strong evidence that the hippocampal complex is needed to store and retrieve detailed contextually rich memories no matter how long ago those memories were formed.

Nadel’s more recent work has contributed seminal papers investigating the role of the hippocampus in sleep, dreaming, and reconsolidation. He has also applied his ideas concerning hippocampal function to clinically-relevant problems, and has made substantial contributions to our understanding of the role of the hippocampus in stress, Down Syndrome, and the process of change in psychotherapy.

Tonight, for his lifetime of significant and groundbreaking theoretical and empiricalcontributions to our understanding of the role of the hippocampus in memory and cognition, the Society of Experimental Psychologists awards the Norman Anderson Lifetime Achievement Award to Lynn Nadel.